From then to now…

1946/1947: Shortly after the War, Abbot Jean de Clarens, Prefect at the Sainte Croix Lycée in Neuilly, set out to find a mountain site that offered plenty of fresh air for many young Parisians in a fragile state of health, so that they could study in better conditions.

In 1948, his search led him to Abondance, a region free of fog and located in the mountains where the children could recover their health and strength. He lodged his “pupils” in a chalet, the Edelweiss, and gave them the traditional Sainte Croix education, instilling the spirit of Confidence and Charity.

By 1949, the numbers were growing rapidly and Abbot de Clarens rented a second chalet for the 1949 school year, now the Vieil Ermitage, where the teachers live. It housed a class of seconde and a class of première pupils and would later be purchased by the school in 1963.

In the 1950s, Sainte Croix des Neiges saw a rapid extension. In 1953, the Abbot began construction of the Perce-Neige Chalet to accommodate boarders and younger lycée pupils. 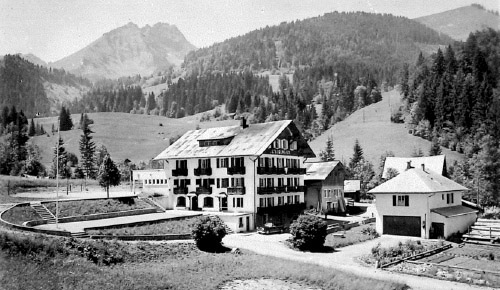 In 1961, the Notre-Dame Chalet was built to replace the Edelweiss which had become too small to house the pupils. It was used to accommodate the classrooms and Chapel, as is still the case today.

In 1963, construction of the Nouvel Ermitage began, which now houses the Lycée and its boarding facilities. The work was completed towards the end of 1964, with the first pupils already installed. The pupils are very fond of the ground floor where workshops are held, while an oratory, well-equipped classrooms and a laboratory are located in the day school. 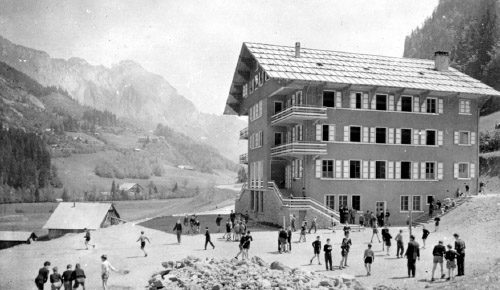 The Nouvel Ermitage in 1965 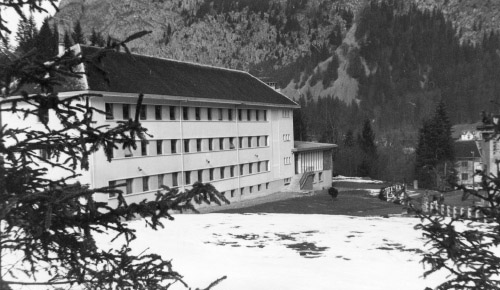 In 1967, a weary Abbot de Clarens decided to organise a trip to the Holy Land for older students. A coach was hired and they set off in early July with 40 children. At the last moment a war in the Middle East forced them to change their destination to Greece and Turkey.

As fate would have it, on 26 July 1967, in the region of Thessaloniki, the coach swerved and hit a tree. Abbot de Clarens, the only victim, died instantly, leaving behind a devastated Sainte Croix des Neiges community.

A few weeks after the moving funeral of Abbot de Clarens, management of the school was passed to a teacher of literature at Sainte Croix des Neiges, Mr. Courtieu, who held this position until 1986, preserving the spirit inspired by the Abbot.

Science laboratory at the Ermitage, in the 1980s 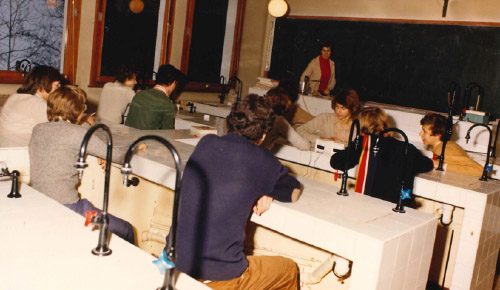 Co-education became a permanent fixture and the Edelweiss Chalet was completely redeveloped to house the girl boarders.

The recreation rooms were refurbished in the boys’ boarding house, day students were moved to the Perce-Neige Chalet and the IT equipment was upgraded.

Mr. Lopez, headmaster from 2006 to 2010, organised the change in the trusteeship of Sainte Croix des Neiges in 2007, which became a fully-fledged school, falling within the jurisdiction of the Diocesan Directorate of Annecy, and with its own management organisation.

In an effort to unite pupils from the four corners of the world under a single identity and a spirit specific to Sainte Croix des Neiges, a uniform for the pupils was introduced in 2009.

A uniform was introduced in 2009 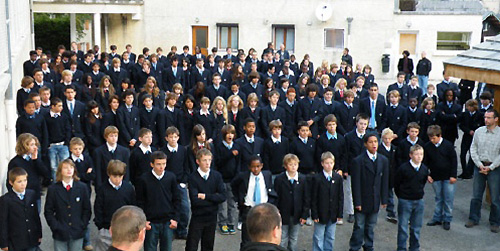 Also in 2009, the Saint-Maurice School, previously located at the Abondance Chapel, moved to the Sainte Croix des Neiges site. It was fully incorporated in the school in September 2014.

In 2015 construction of a new building began, to accommodate seventy full-time boarders (collège and lycée boys and girls), three new classrooms and a school restaurant. It was inaugurated in March 2018 in the presence of Gérard de Clarens, nephew of the Abbot of Clarens, founder of Sainte Croix des Neiges and Bernard Brunel, President of OGEC. 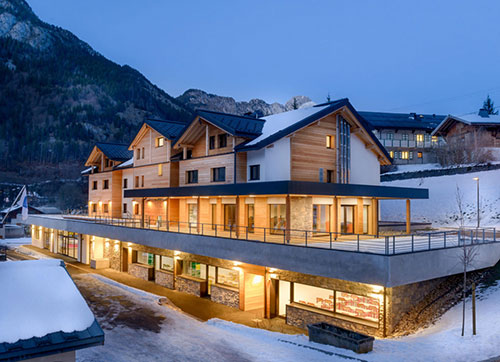 This marks a new start for Sainte Croix des Neiges, whose development now relies as much on boarding for international students as on its Savoyard roots.

Today : the school extends over more than six hectares and provides the necessary space in its various chalets for the well-being and education of every pupil: big, small, girl or boy.

The founding principles remain the same as before: Confidence and Charity! 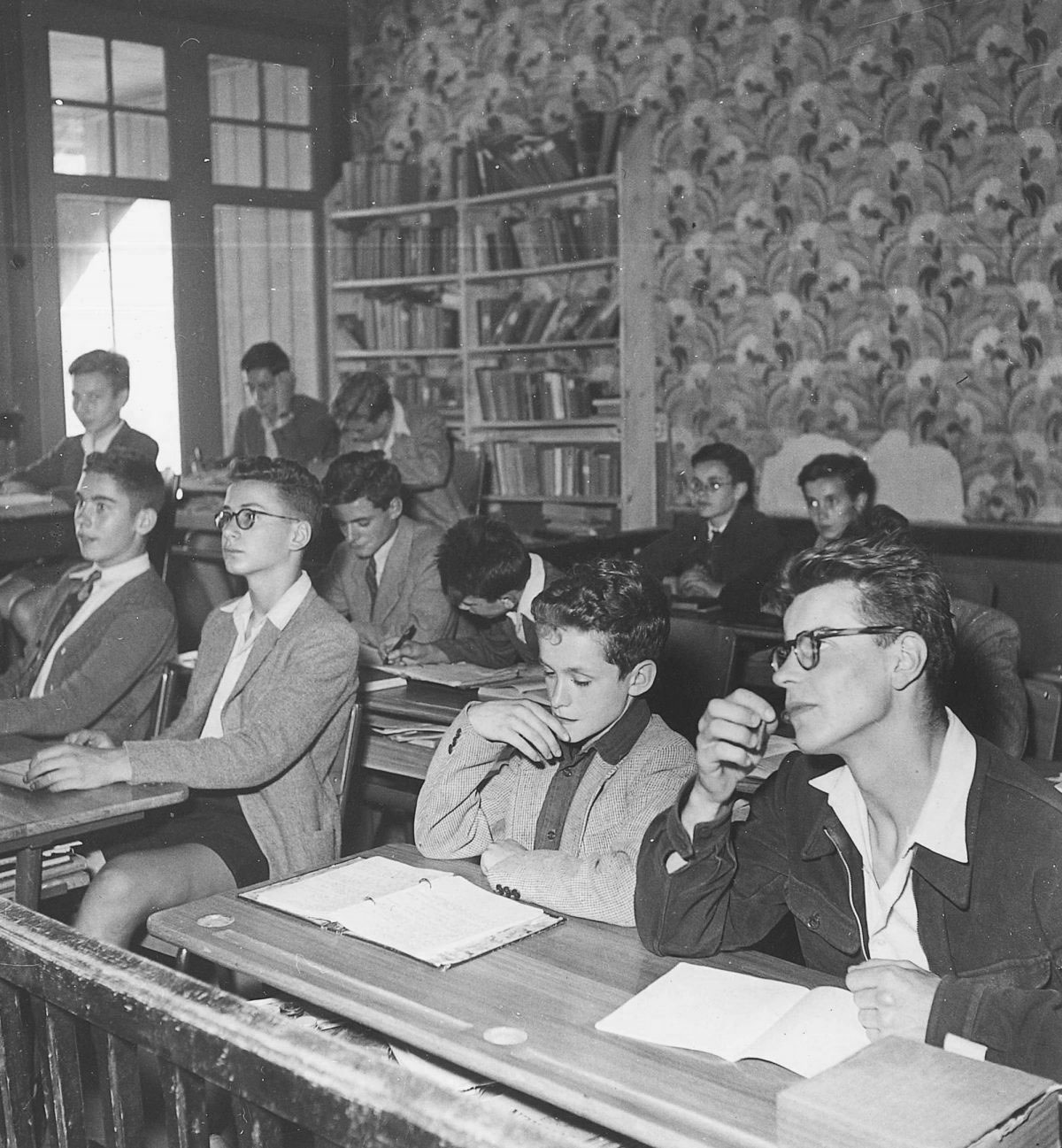 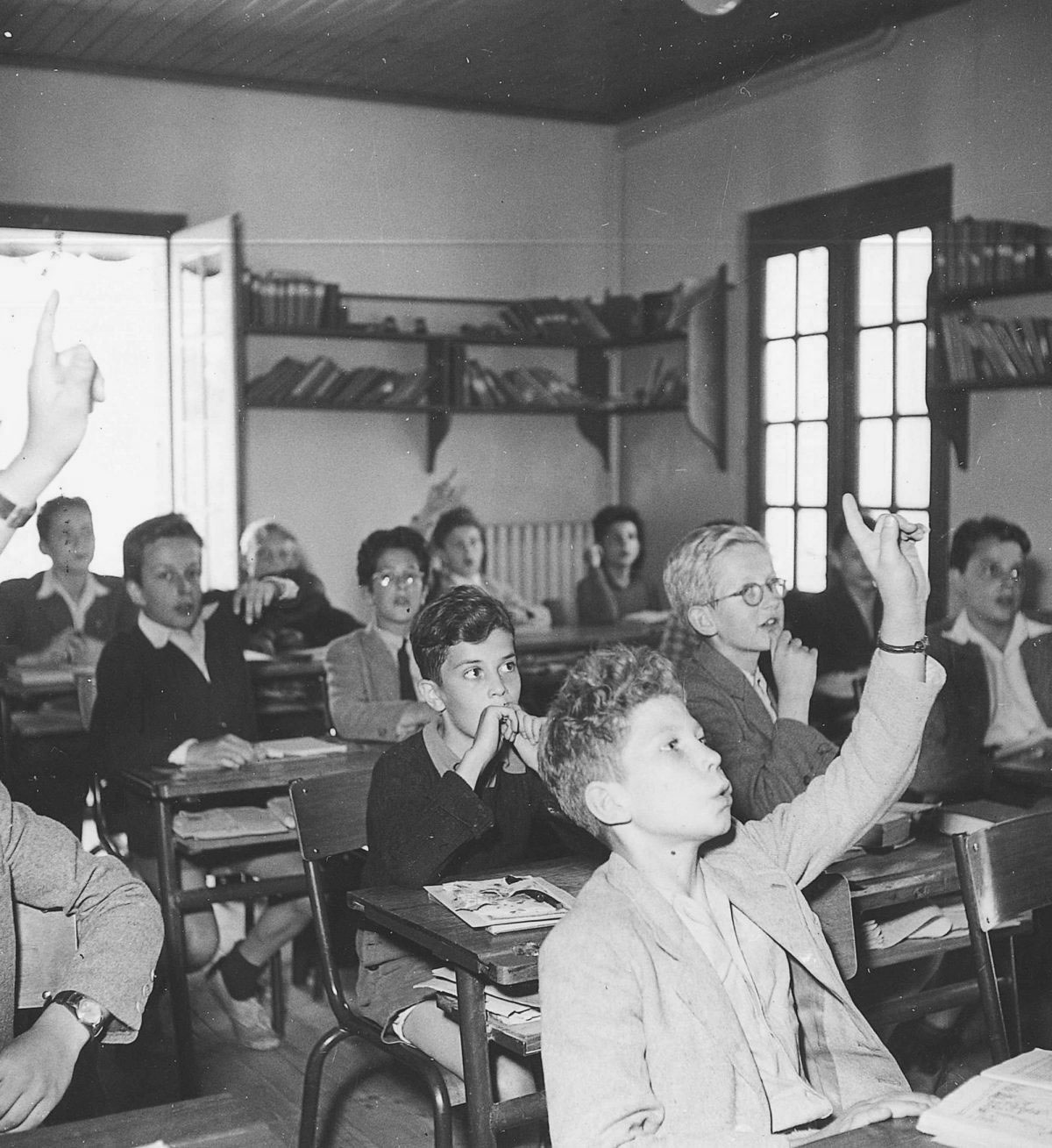 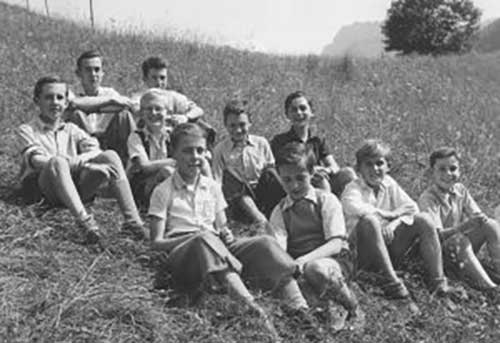 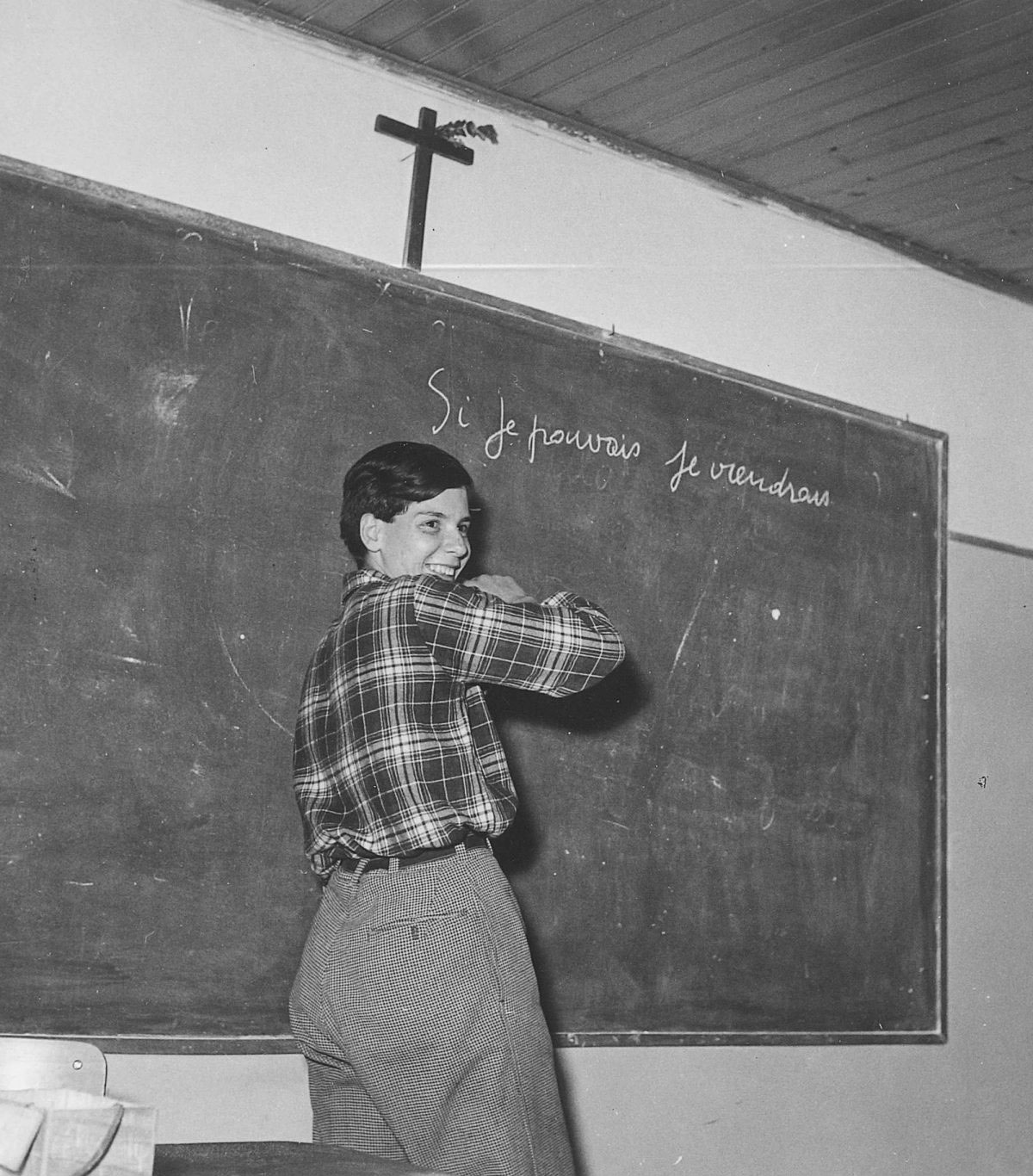 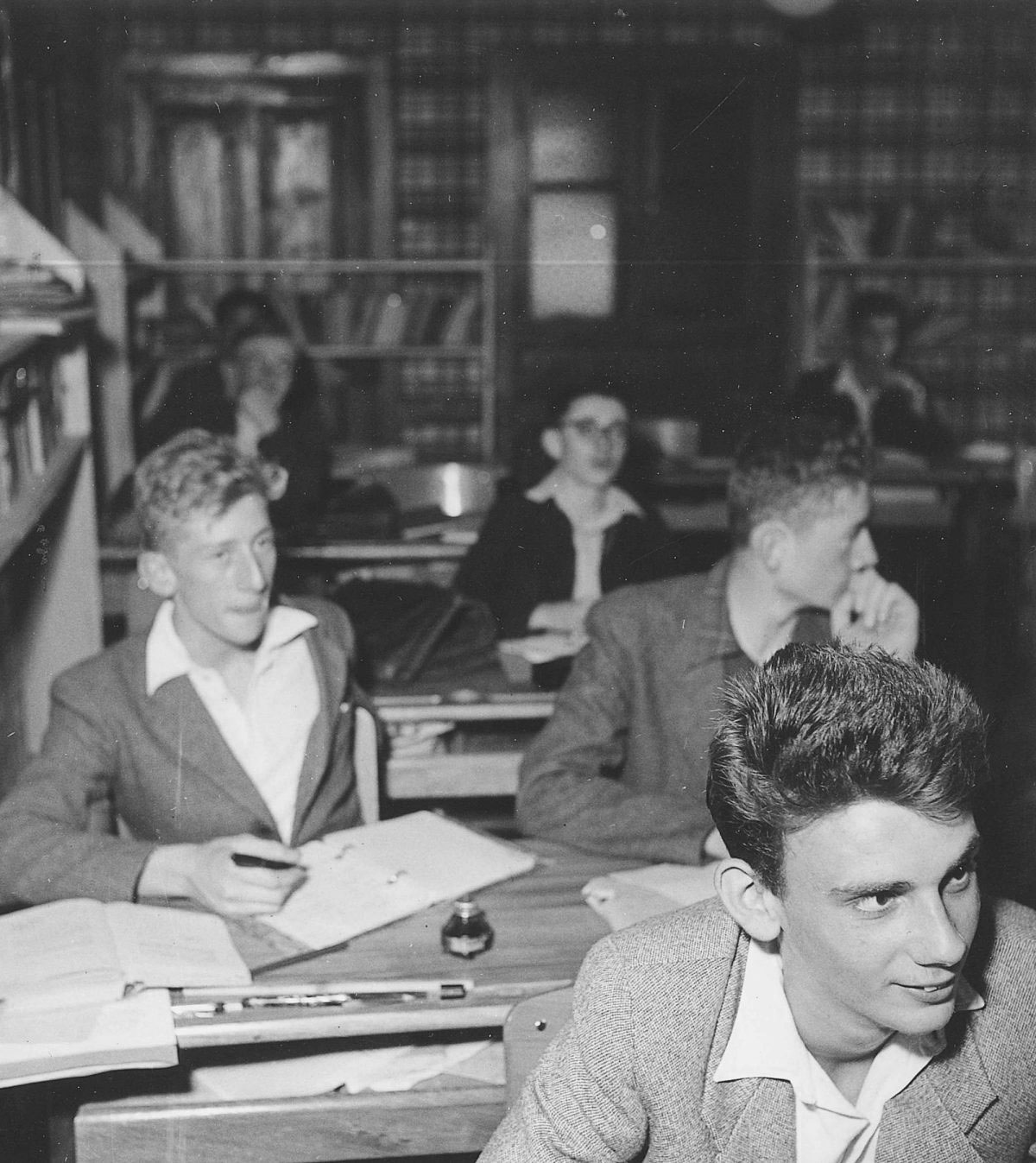